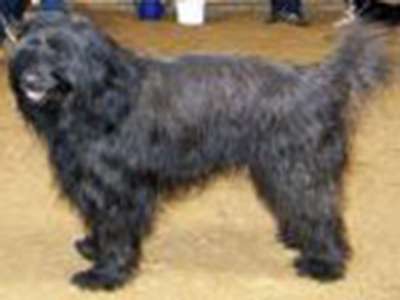 The Catalonian Sheepdog is known for its loyalty and as an ideal companion for someone. The intelligence of the Catalonian sheepdog serves it, and its owners, extremely well. This is especially useful since the breed is pastoral. For breeders this is important to take into consideration as his breed is used to outdoor work with other animals, as the name will suggest. Due to this, the sheepdog has a coat of medium length which provides protection against the conditions while work is being done outside. The medium length coat will require grooming and maintenance at least once a week. Proper care of the coat is important not only for the dog’s wellbeing, as dirt and other various debris stuck in the coat can cause irritation and infection, but also to keep your home clean and mess free too.

This brings us onto the next point, which is that of where the Catalan Sheepdog is best placed to live. Breeders will be aware that this breed is of the smaller variety in the dog world. The smaller to medium size of dog is ideally suited to the smaller house, as it will not pose a threat to ornaments and other breakables. Equally, this dog makes for a great family pet. The Catalan Sheepdog thrives on attention and stimulation, the likes of which children can deliver all too well at times. Self-evident from the nature of the pastoral breed group to which his dog belongs, the breed is very lively and has a bountiful amount of energy to expend. Children are great for helping expend this energy through playing in the garden or in a wider area, such as a park, for the dog to fully stretch its legs.

For breeders this is of important consideration. The Catalan Sheepdog requires both the facility to exercise physically and mentally. Not everyone can be at home every day to ensure the dog gets the optimal amount of attention and stimulation, and so this is where training comes into the forefront. If untrained and left for a period of time on its own, the dog may enter a state of anxiousness where it will try to create its own stimulus. However, incremental training from a young age can help alleviate these issues. By being left on its own for small amounts of time and increasingly building up the duration, the dog will become accustomed to the notion that you will always return. If you are able to provide a way for the dog to have access to an enclosed garden with shelter, then this will allow for stimulation, activity and exercise while you are away for longer periods of time.

Another quality of the dog that must be looked at is the capacity for guard roles. The Catalan Sheepdog has traditionally been used in guard dog roles, messenger and even search and rescue missions. To this end, the dog requires careful training if you wish the dog to have a guarding mentality. Association with humans and other animals is vital to the dog’s development and makes it more sociable. A greater degree of socialness will mean the dog is less likely to get easily agitated and suspicious of other animals and people. Despite the smaller size of the Catalan Sheepdog, it would be unwise to assume that it could not do any great degree of harm to someone when it feels threatened. This is why for the breeder, responsible training and obedience exercises are a vital aspect for this dog. When the ideals of responsible training, obedience, respect and stimulation combine, this breed is a fantastic pet that will stay loyal and look out for is family.